INVESTMENT BEHAVIOR OF BUSINESS ANGELS DURING THE PANDEMIC

The global venture capital market proved to be incredibly resilient in 2020, despite early expectations of a potential collapse due to COVID-19. While the total number of VC deals worldwide declined sharply, global VC investment amount increased last year. This can be explained by investor’s primarily focus on participating in late-stage deals or supporting companies in their existing portfolios.

Venionaire Capital’s “European Venture Sentiment Index” barometer/market research showed a rapid V-shaped recovery since the start of the pandemic. Austria’s startup scene, in particular, came through the crisis with only a few bankruptcy filings so far. There are rumours, however, that many startups are on the brink and struggling to survive.

At the beginning of the pandemic, there was great uncertainty worldwide about the best way/ways of supporting portfolio companies. “The introduction of the COVID Aid Fund in Austria quickly encouraged many financing rounds to follow. Experienced business angels with large portfolios preferred to mainly focus on investing in the startups they already invested in.” ” said Laura Egg, Managing Director of aaia.

Startup valuations came under heavy pressure in some cases. Dealmatrix, for example, saw a sharp increase in the number of users and their ratings, which were validated via the system. The objectification of startup valuations is important for negotiations for both, startups and investors, to bring the topic to an objective level.

However, in contrary to experienced investors, the crisis also enabled many new business angels to make their “first” investments in promising startups.

Skip Simms, senior vice president at Ann Arbor SPARK, an American initiative that is a strong voice for angel investing, also confirms this trend. “People are investing during the time of a pandemic. Some see this as a time to sit on the sidelines, while others see it as a time of opportunity.”

The British Business Bank’s “UK Business Angels 2020 Report” came to the same conclusion in its survey:

More than half of UK business angels continued to invest after Covid-19.

Spanish business angels are even more euphoric, according to the AEBAN BUSINESS ANGELS 2020 REPORT.

As a result, the figures published by KPMG International are not that surprising. According to their Venture Pulse Q4 Report, 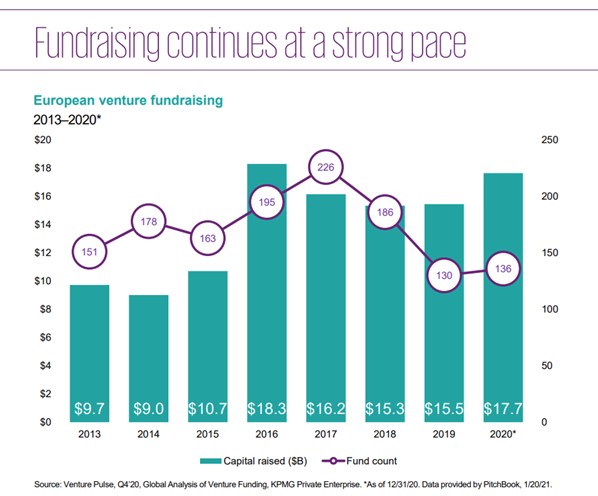 If you follow the surveys and reports published so far and bring everything down to a common denominator, you can come to the following conclusion:

Similar patterns of investment behaviour of business angels and venture capital funds are emerging around the world. Investors are still interested in investments for exciting startups, but are more deliberate and cautious than before the crisis, as Venionaire Capital’s European Venture Sentiment Index shows. Ticket sizes have generally decreased (an approximate estimate is a 30 percent reduction ), and co-investments enjoyed a new lease on life.

THE WINNERS OF THE CRISIS

Industries that have not been affected by the pandemic, or even benefited from it, are clearlyseen as the winners of the crisis. The most popular investment business areas are:

Of course, areas vary per country, as some countries show stronger preferences to certain sectors. This can be seen in the US where debt investors focus on the sector “Agritech”. 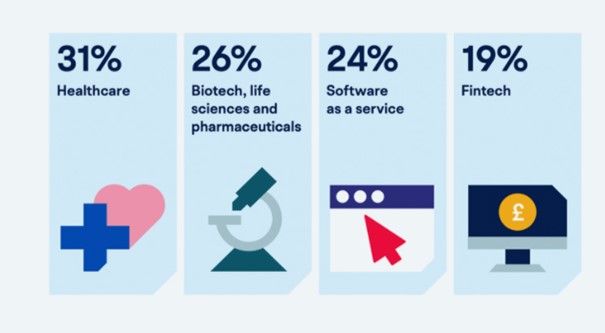 In general, startups will have to deal intensively with the opportunities and risks of the pandemic. The world will change permanently. Travel, communication behaviour, increased remote work initiatives are just a few examples that need to be mentioned here. Business models and organizational structures will adapt. One of the greatest strengths of startups, flexibility, is therefore more in demand than ever.

Existing investors also do not have unlimited funds at their disposal and 2021 could lead to liquidity bottlenecks for some startups. The “real” impact on portfolios, will probably only become visible over the course of this  year. We wish all investors and startups endurance and power during this difficult time!

If you want to learn more about the tools of business angels, enroll in our CBA™ program (Certified Business Angel), the world’s first ISO-certified training program for investors and those who want to become one.

Do you want to become a certified Business Angel?

Angel Investments in Figures – the US vs. Europe
Scroll to top