Angel Investments in Figures – the US vs. Europe

It comes as no surprise that business angels usually provide “smaller” amounts of financing (EUR 25,000 to EUR 250,000) at an earlier stage than venture capital funds do. As by investing at very early stages,they also contribute personally, with their experience, networks and sometimes also with their manpower.

More than 90% of European early-stage investments came from angel investors’ capital in 2019. The size of the (visible) angel investment market is more than EUR 10 billion in Europe and more than USD 26 billion in the US and Canada. However, when it comes to Europe, young startups are supported, by national and European levels, with a wide variety of monetary grants, in the early stages of development.

England – the rise of the “Land of Angels”

In 2019, the United Kingdom (UK) was the country with the highest business angel investments through angel networks. Investments reached more than EUR 153 million, according to Statista. Today, it is a general trend that syndicates and angel networks invest together as early-stage investments already range from one to two million euros at this point.

It is estimated, that around 300,000 people in America have invested in startups as a business angel in the last two years. However, according to the ACA (Angel Capital Association), the potential angel investor number is 4 million, based on the average net worth of US investors.

According to Statista, the number of active business angels in the European market referring to early-stage investments on both, the visible and “invisible” parts of the market, has grown steadily between 2011 and 2019. In 2011, a total of 241,444 angel investors were active in Europe. This number increased significantly over the following seven years, reaching a total of 345,000 active angel investors in 2018. This number remained relatively stable in 2019.

In America, according to the “first in-depth report”, most business angels invest through traditional angel networks. But even here, the average investment is USD 35,255 with the general median of USD 25,000 being much smaller. This is quite surprising seed rounds are considered to be higher in the US by Europeans. However, this perception is driven by prominent individual cases that are readily reported in the media. 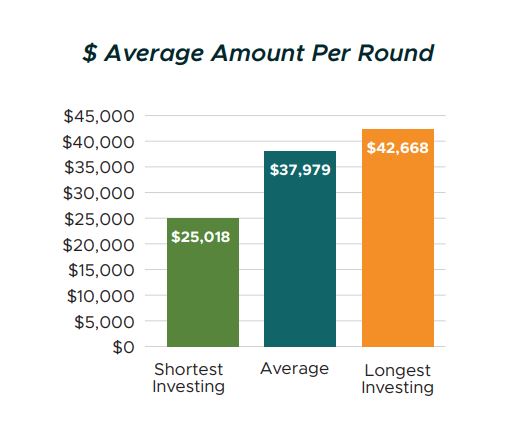 In their recent “The next normal business: Business Trends for 2021” report , McKinsey highlights particular one particular sub-sector, which has seen tremendous growth during the pandemic – digitalization – across all industries!

It could be seen from online customer services and telecommuting to reinventing supply chains and using artificial intelligence (AI) or machine learning to improve operations.

However, if there is one sector that has been in the spotlight in the world beset by Covid19, it is the healthcare sector. It has undergone a fundamental change, with a significant influence of telemedicine and biopharma. Covid-19 aside, the healthcare sector is also one of those industries that rarely experiences a decline in demand.

"Invest at the point of maximum pessimism."

Quote Sir John Marks Templeton, founder of the Templeton Growth Fund,
which sold in 1992 for $440 million.

“Dry powder” is ready to be deployed

Globally, private equity firms are sitting on nearly USD 1.5 trillion of “dry powder” – unallocated capital – that is ready to be invested. The COVID-19 crisis made its unarguable influence, by decreasing the global deal value by 12 percent compared to the first three quarters of 2019. The number of deals was also decreased by 30 percent.

The private equity industry has a reputation for zigging when others zag. And history bears this out – returns on investments made during global downturns tend to be higher than during good times, according to consulting firm McKinsey.

We are excited about the new transactions of 2021!

Stay UP-TO-DATE on all important financing rounds in Europe and worldwide with DEALS MONITOR!